This is our local Shabnam

Football with amputation: Back in the game

Farhad Ayyubov lost his left lower leg after being shot while serving on active duty in Afghanistan for seven months. However, Farhad isn’t the type of person to give up. Instead of slipping into depression, he discovered football. As therapy.

The players with amputations show how powerful sport can be and that life always goes on. Farhad says: “I no longer see myself a disabled person, I see myself as an athlete”.

The UEFA EURO 2020TM Championships in Baku ended with another quarter-final match for true football fans: the Czech Republic against Denmark. A match between two underdogs who made it into the last eight driven by passion, emotion and determination.

For Shabnam, it was about enjoying the EURO experience to the full, savouring the atmosphere created by football fans in Baku and discovering how important that sport and the European Championships are to Baku und its people.

The fact that the tournament in Baku ended with both teams showing great fight and the Danes narrowly progressing was the cherry on top for all the local fans. 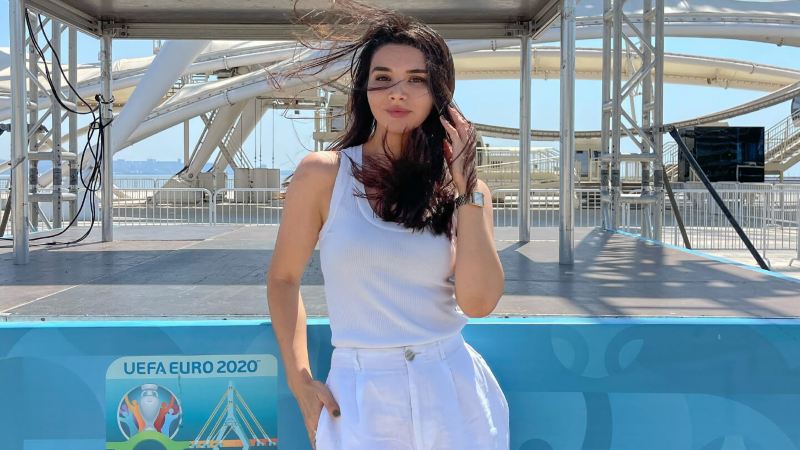 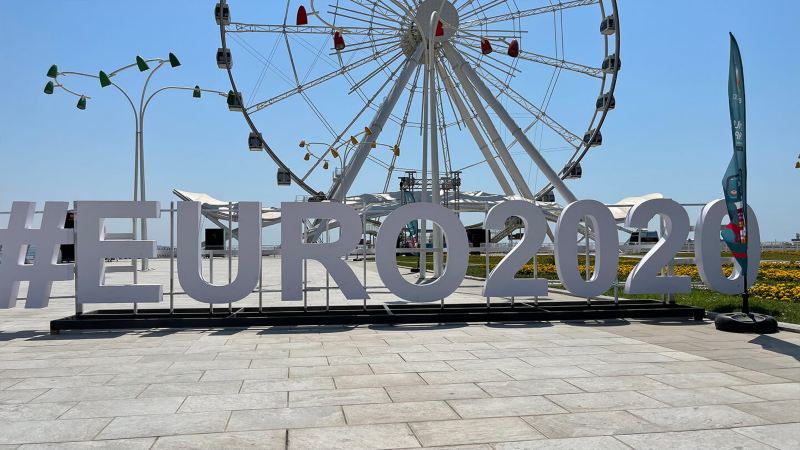 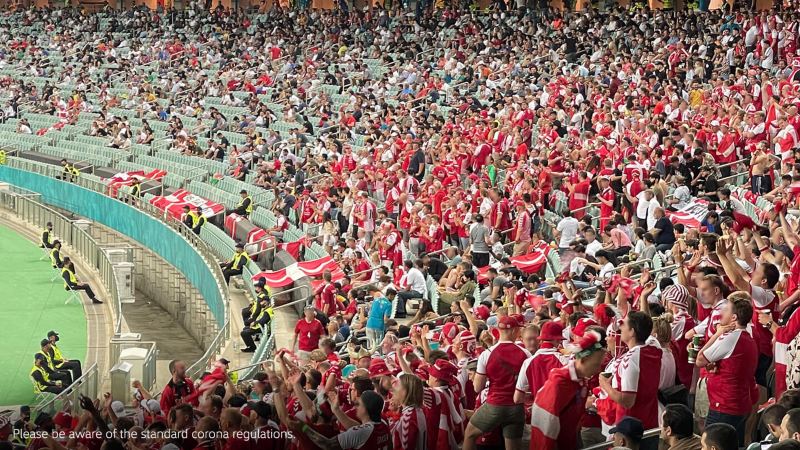 Quiet streets in Baku? No way!
On the third matchday, there was really something going on in the city of winds. People, music, crazy costumes and performances could be found in every corner and alley. And in the middle Shabnam (@stylelusion), who threw herself into the celebrations for us and got us in the mood for the last group game in Baku. 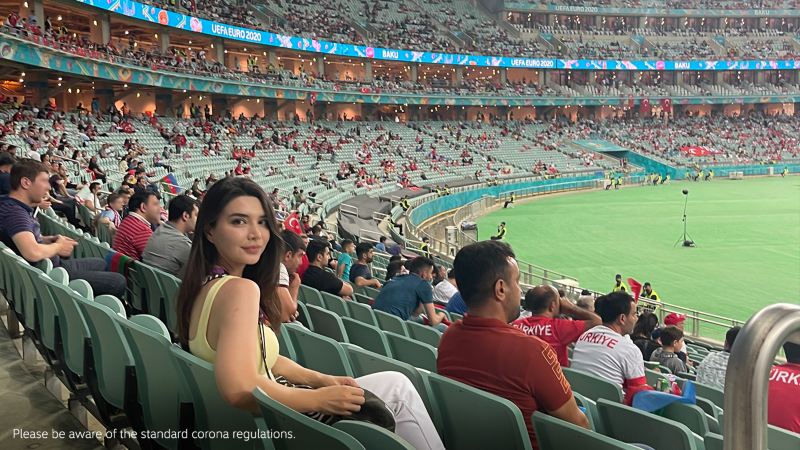 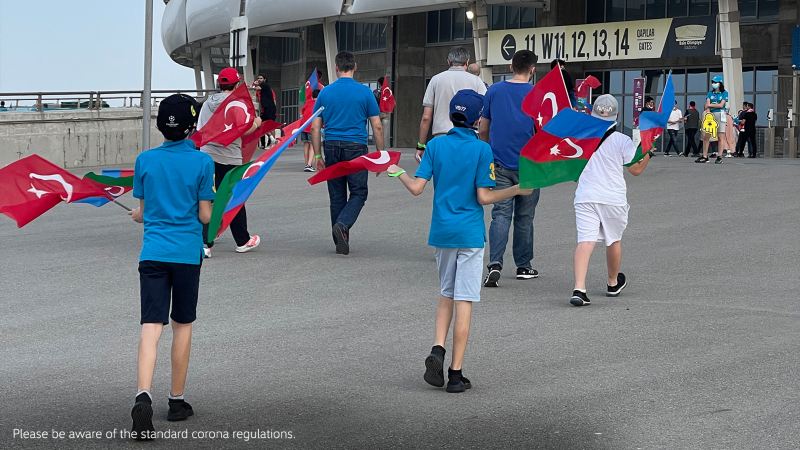 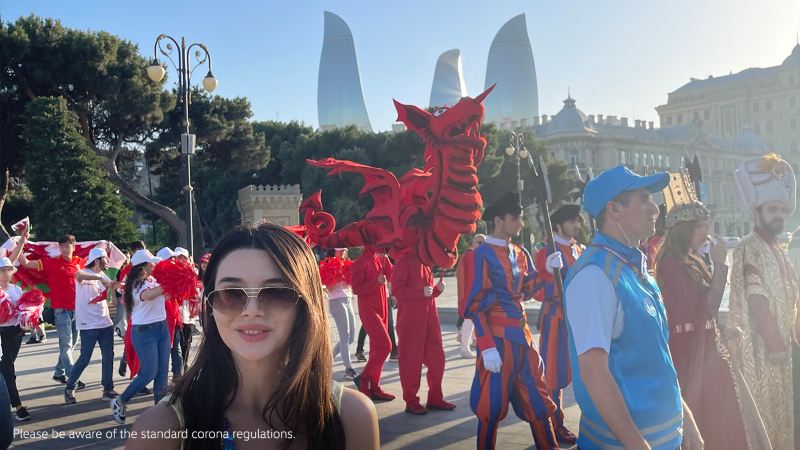 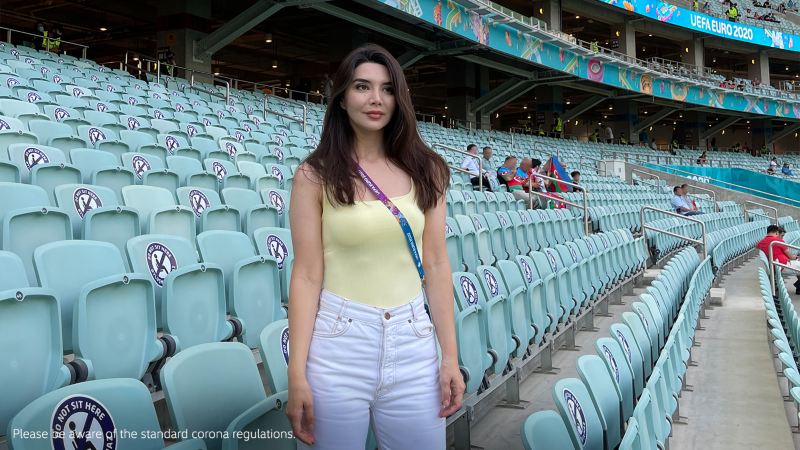 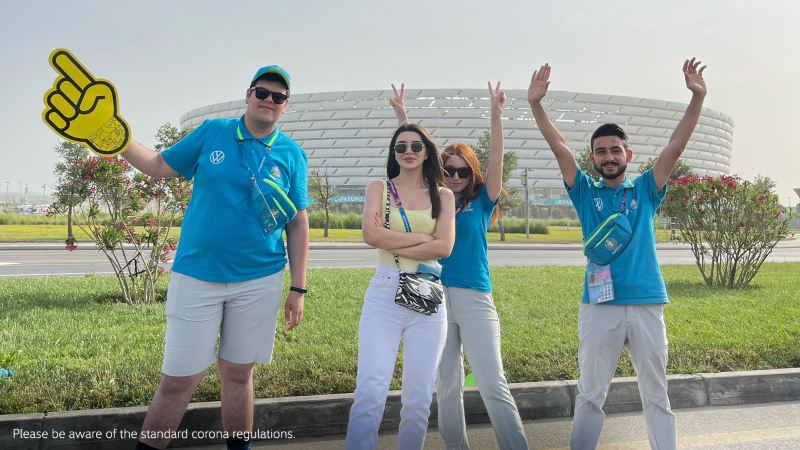 And on to the Baku football cages!

Before the second Euros match, Shabnam still had to show us a few places that would make every football lover’s heart swell with joy, in perfect football weather and with a great atmosphere in the city.

The first matchday in Baku was over in a flash and we can look back on a very special experience that will leave lasting memories! Our local, Sheba, showed us the city through her eyes. We are fascinated with the new soccer cages introduced in Baku. We can barely wait to see more! 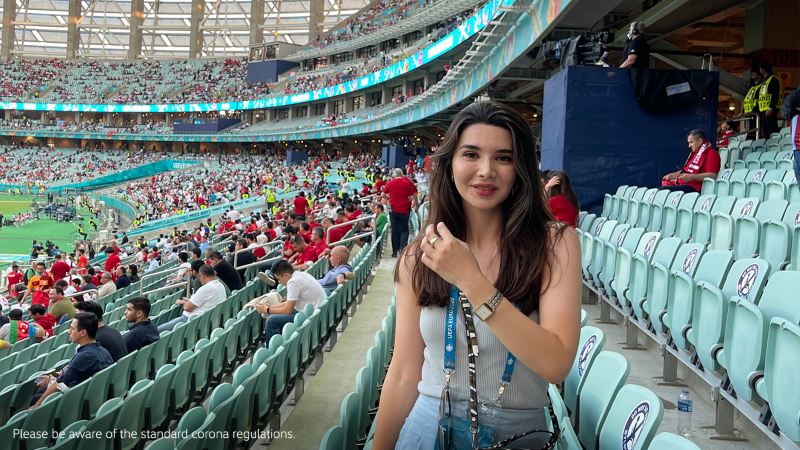 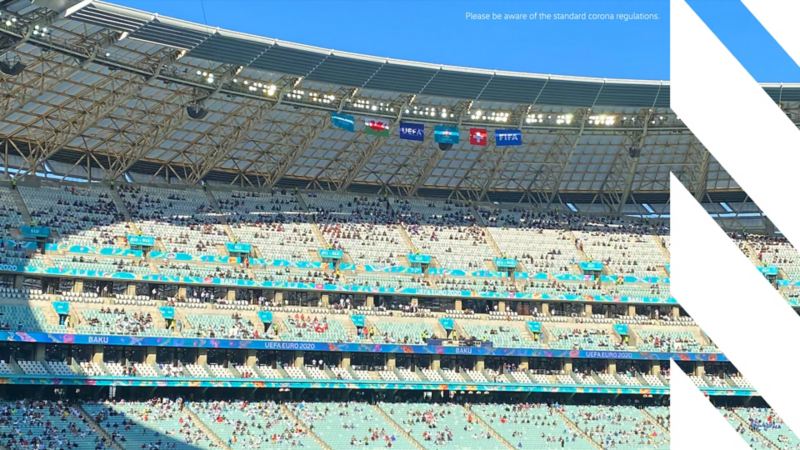 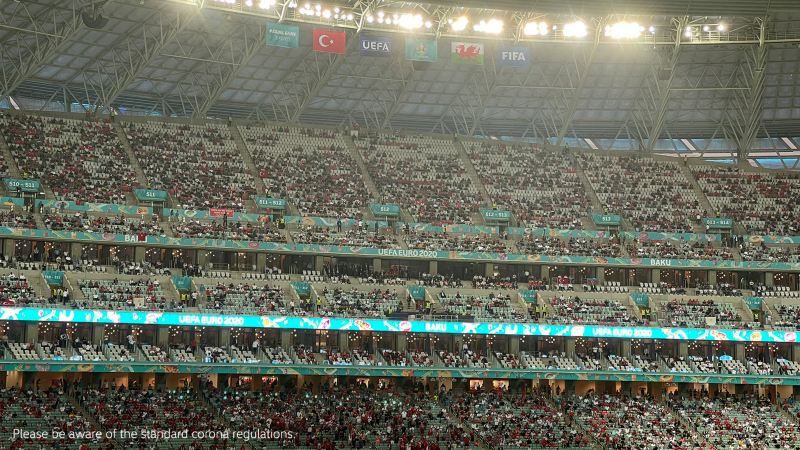 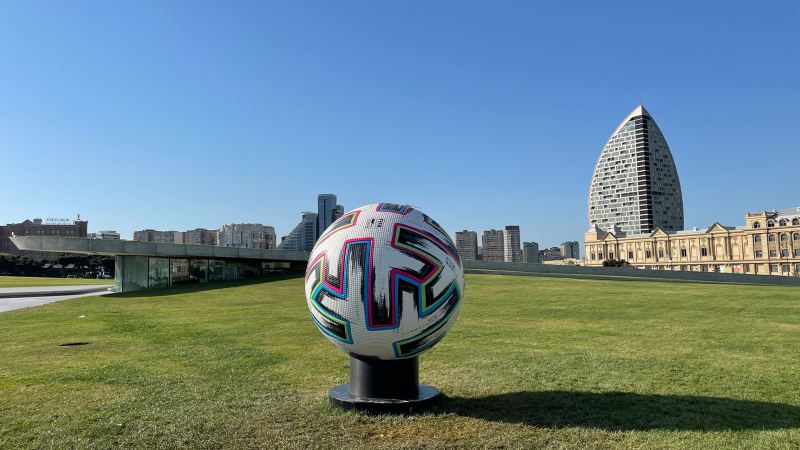 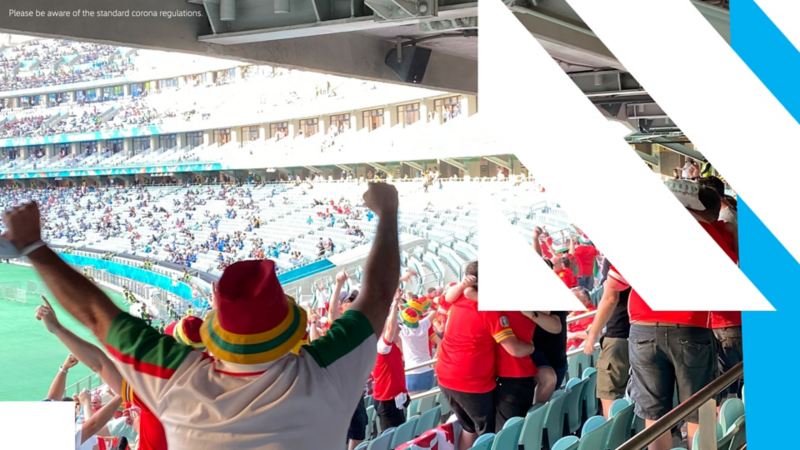 Three Group A preliminary round matches will be played in Baku, plus a quarter final. According to current plans, 31,000 fans, or roughly 50 percent of capacity, will be able to watch the UEFA EURO 2020TM live.

The first football clubs were founded in Baku back in 1905, mostly as representatives of the local oil companies. The golden era of Azerbaijani football is considered to be the 1960s, when the country was still part of the Soviet Union. And Anatoly Banishevsky is considered the country’s greatest footballer. The striker was born in Baku and only played for the club Neftçi Baku, which competed in the highest Soviet league at the time, for his entire life. As part of the USSR squad Banishevsky played at the 1966 World Cup, finishing fourth.

Another Azerbaijani also rose to fame at the tournament: Tofiq Bahramov was a linesman in the final between England and Germany. He signalled to Swiss referee Gottfried Dienst with a hand gesture and nod of the head that Geoff Hurst’s legendary Wembley goal was indeed a goal. To this day it remains one of the most controversial decisions in football history. Tofiq Bahramov Stadium in Baku, the second largest football stadium in the country after the Olympic Stadium, is also named after him.

After the collapse of the Soviet Union, Azerbaijan established its own league in 1992. Eight clubs currently play in the Premyer Liqasi, with the country’s three main clubs – Neftçi Baku, Keshla FK and Qarabağ Ağdam – all based in Baku.

Qarabağ is currently the most successful, winning the championship title for the past seven years on the trot. The club is actually based in Ağdam, but the Nagorno-Karabakh conflict in the border region with neighbouring Armenia forced the club to relocate in 1993 and it has been based in Baku ever since.

In 2017 Qarabağ FK became the first Azerbaijani team to ever qualify for the Champions League group stage. Although they finished bottom in a group that included Chelsea FC, AS Roma and Atlético Madrid, the Azerbaijani champions held Atlético Madrid to a 0-0 draw at home. And the draw was well earned, as Qarabağ kept pace with the Spanish giants in front of 47,923 spectators at the Olympic Stadium in Baku. It was the first point earned by an Azerbaijani team in Champions League history. 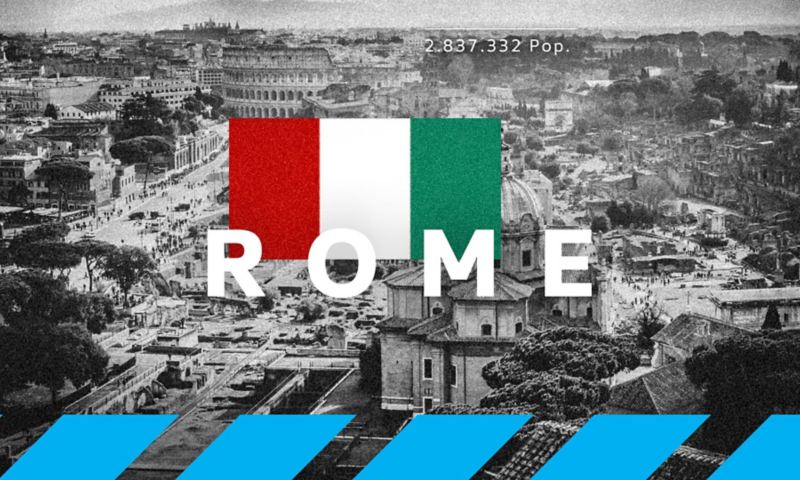 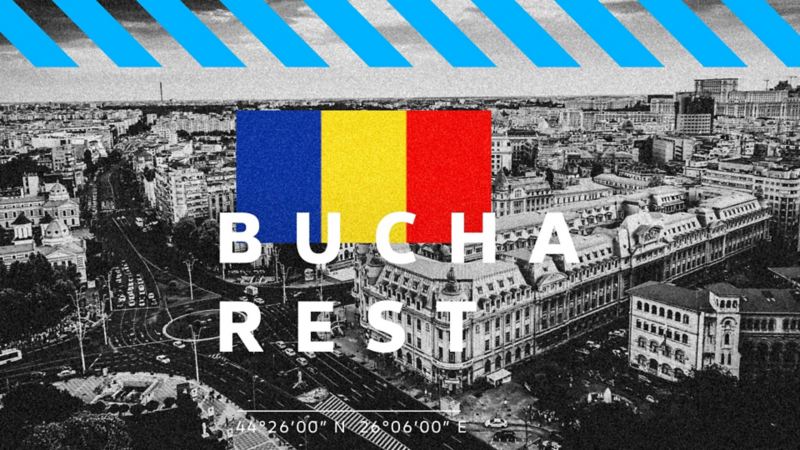