This is our local László

or the last match day in Budapest, László had to go out creative again. With a complete tour through his city along the most beautiful sights and locations of the UEFA EURO 2020 - and that in a fast run!

Afterwards we were able to experience the atmosphere of a sold out stadium again. And a big surprise too! Because only a few would have expected the Czechs to prevail against the highly favored Dutch before kick-off. But that is also the European Championship! 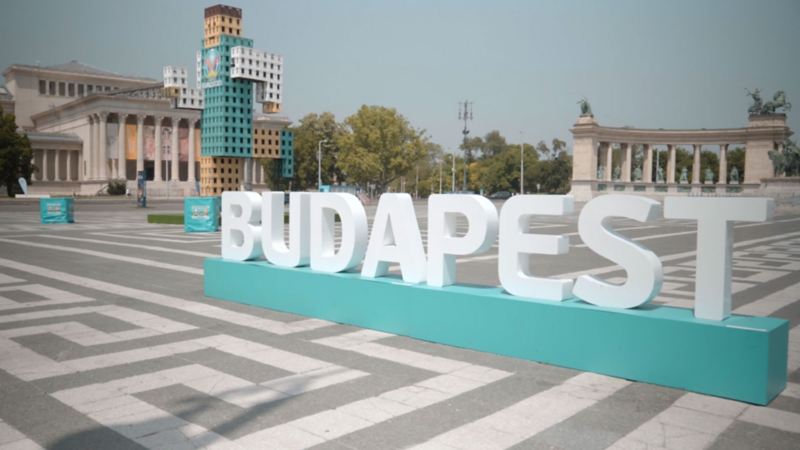 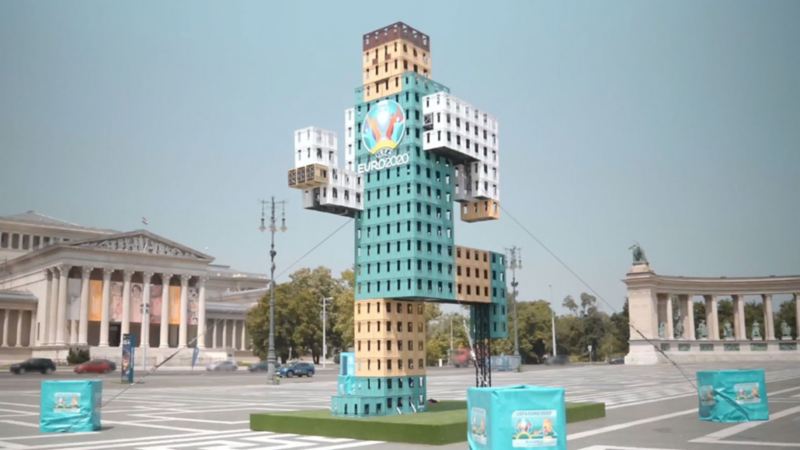 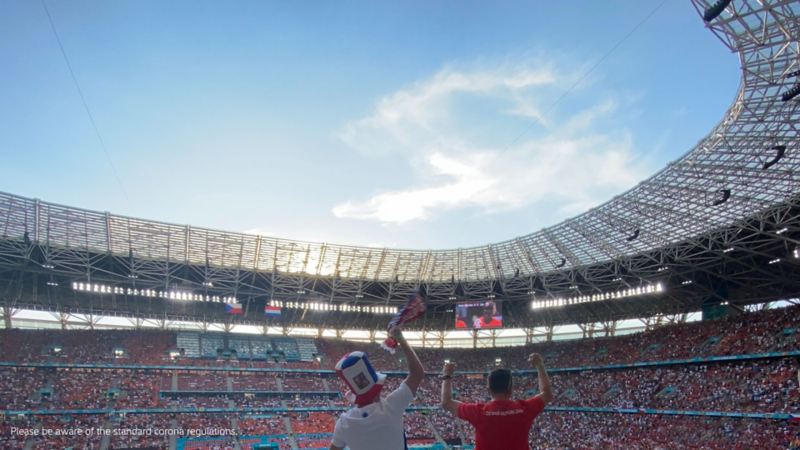 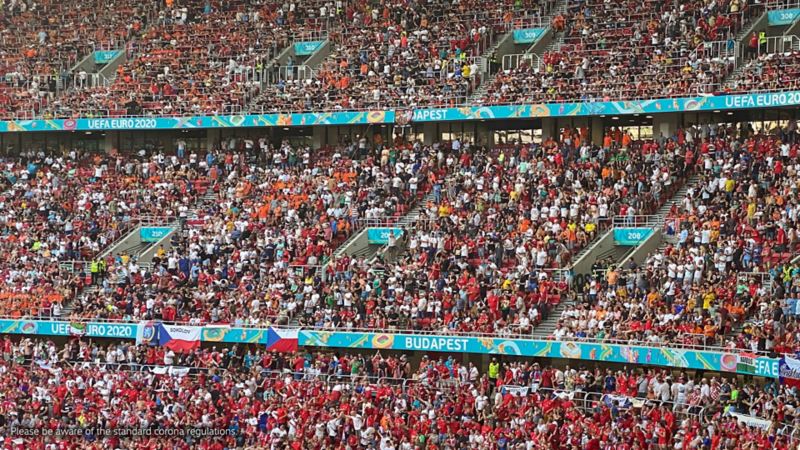 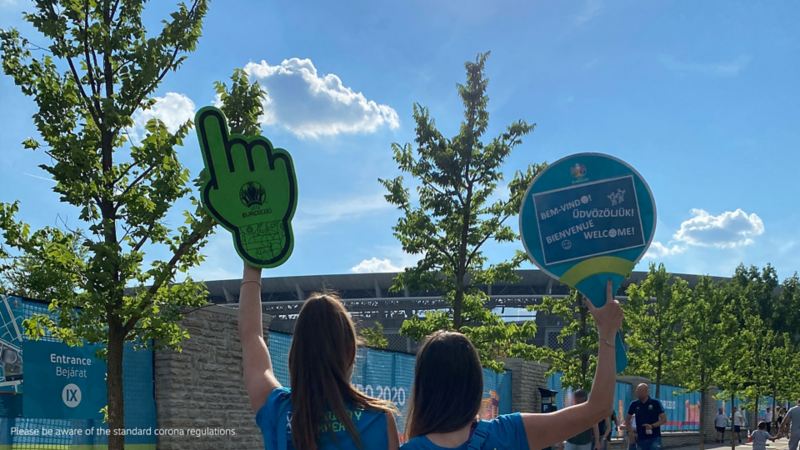 The group stage is coming to an end and László took this opportunity to take us on a little journey back through the history of Hungarian football, which of course included the golden team of the 1950's. In the evening, we went to that day’s match, without the Hungarians themselves though, as they were playing their deciding match in Munich. 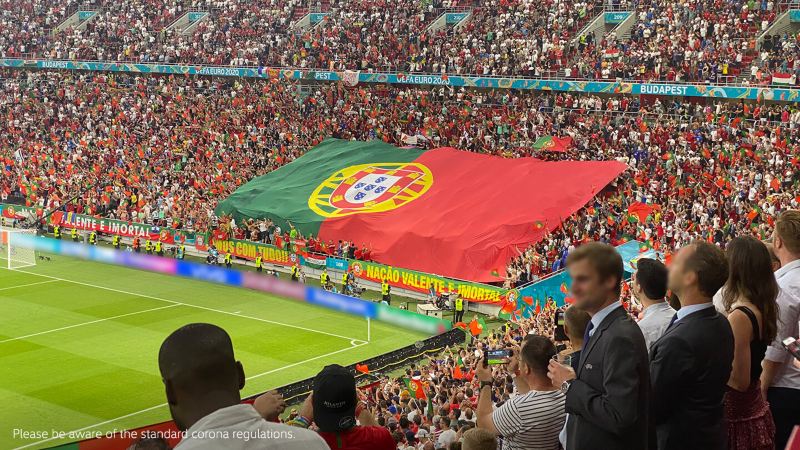 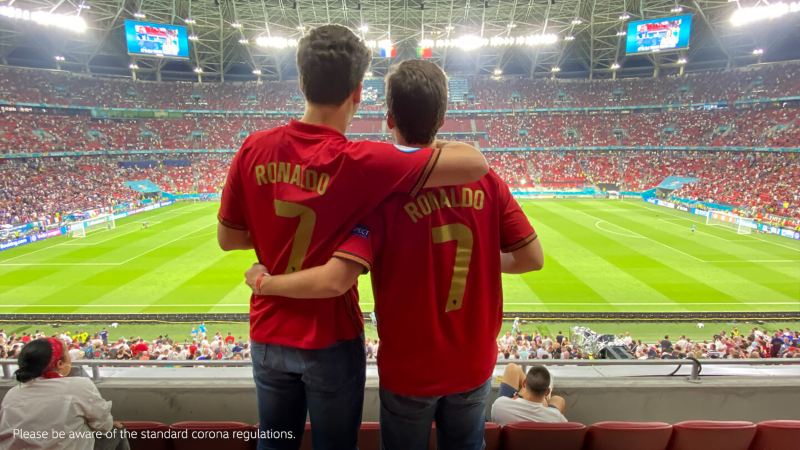 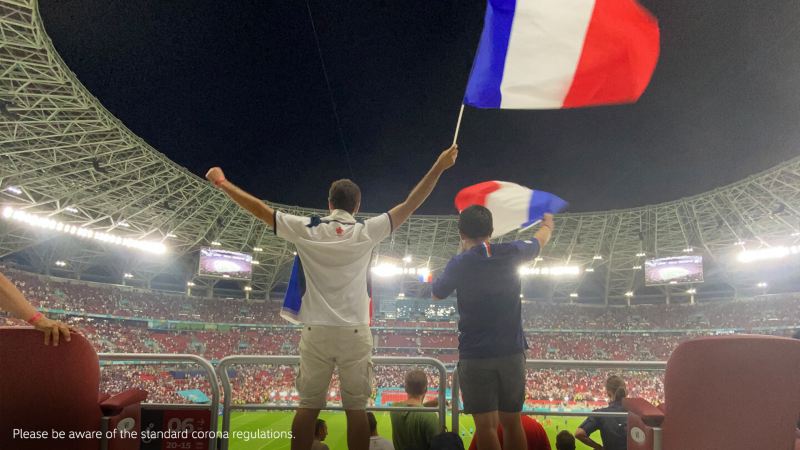 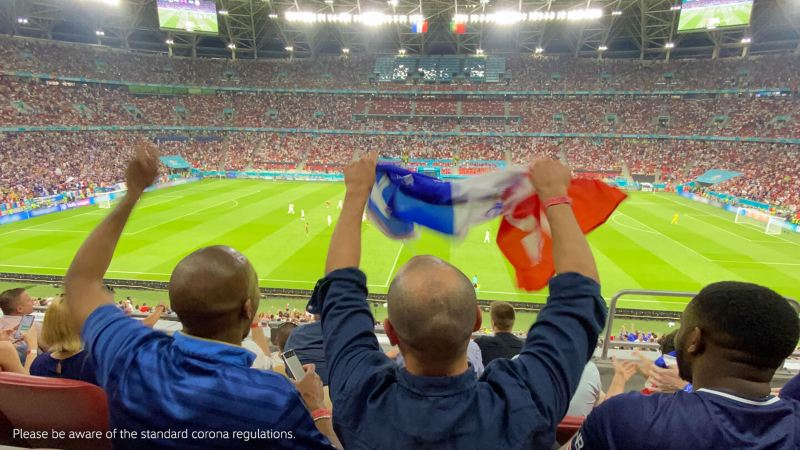 The man is totally into his car.
This time László dedicated himself completely to his ID.4 and celebrated it. A snapshot here, a driving capture there - and no lack of information about it.

From there, he went straight to the stadium, where the Hungarians were awaiting France. The mood was at its peak and gave all football enthusiasts - and probably even those who don’t like football - goosebumps all over. 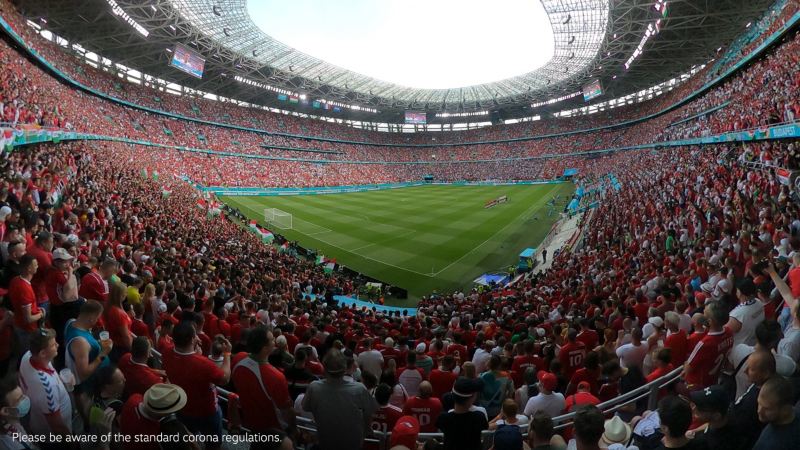 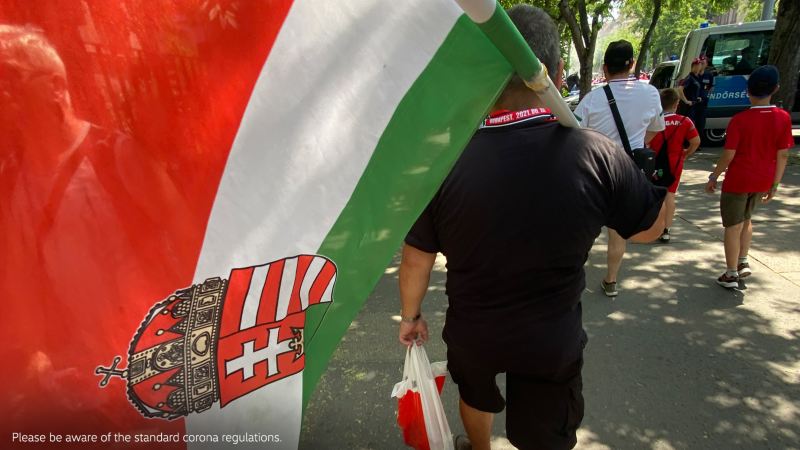 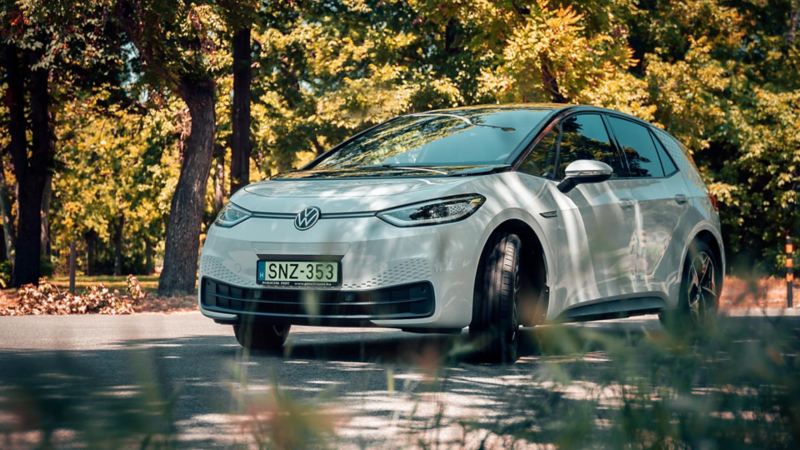 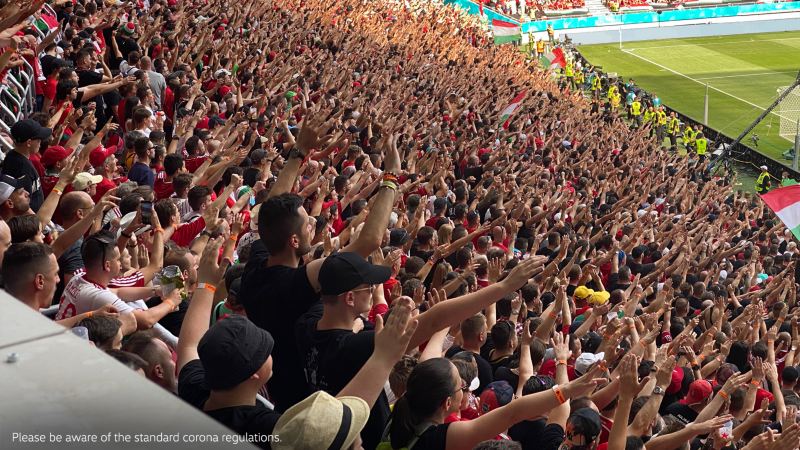 Wow! What happened there in Budapest? A fantastic scene with even better atmosphere. And our local László right in the middle. Before the game he had a kickabout with his friends and took some spectacular pictures for you. An impressive start to the UEFA EURO 2020TM in Hungary’s capital. 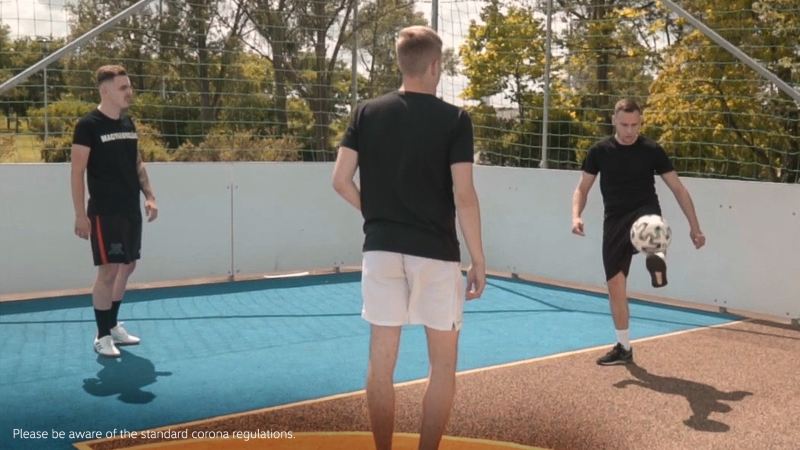 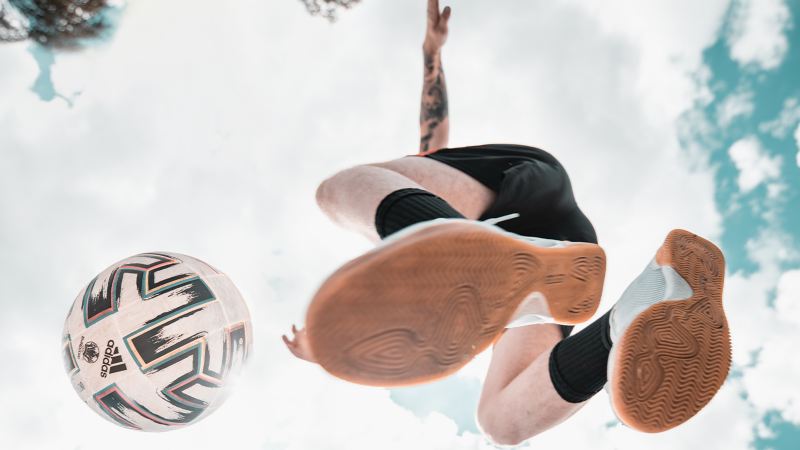 Budapest and the UEFA EURO 2020TM

Named after national hero Ferenc Puskás, Puskás Aréna expects to host 61,000 spectators to watch the UEFA EURO 2020TM live. Budapest will host two of Hungary's group matches, in addition to the Portugal vs. France clash and a round of 16 match.

Football is deeply rooted in Hungarians’ sporting DNA. The reason: They used to be the best in the world. The country won the Olympics in 1952. The team around Ferenc Puskás revolutionised world football, upending the positional game and thereby overwhelming almost every opponent. The team of the century went undefeated from 1950 to 1954 – until the great trauma, defeat in World Cup final in Bern against Germany.

The first official football match in Hungary took place on 9 May 1887, so football culture in the capital goes back a long way. The city is divided by the Danube into Buda and Pest. All the major clubs are based in Pest, the area east of the Danube. With so many clubs in the city, there are many derbies in the capital. However, the biggest rivalry is between Ferencváros Budapest and Újpest Budapest. The two teams have met a total of 228 times in competitive matches.

Ferenc Puskás is revered like a saint in Budapest. To reduce his career to a single moment is practically impossible. But 20 August 1945 represented a new dawn in Hungarian football. Just three months after the end of the war, a 17-year-old made his international debut. The young Ferenc Puskás scored for the Hungarian national team in his very first match, a 5-2 victory over Austria. It would be the starting point for the glorious years of the Hungarian team of the century. Puskás scored an incredible 358 goals in 349 games for his club Honvéd Budapest. Fans can still visit their idol today, as Hungary's greatest footballer is commemorated with a huge bronze statue in the Óbuda district.