This is our local Nicanor 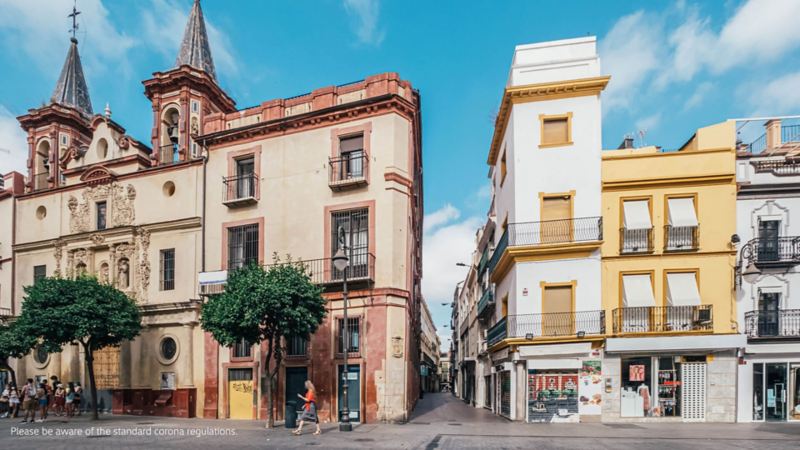 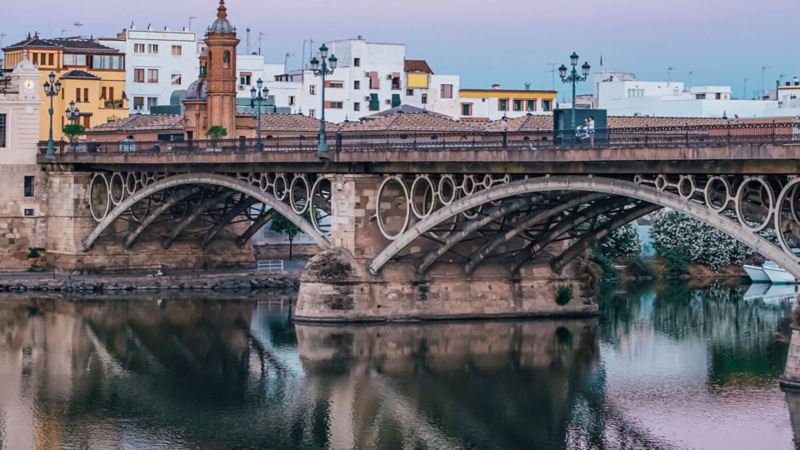 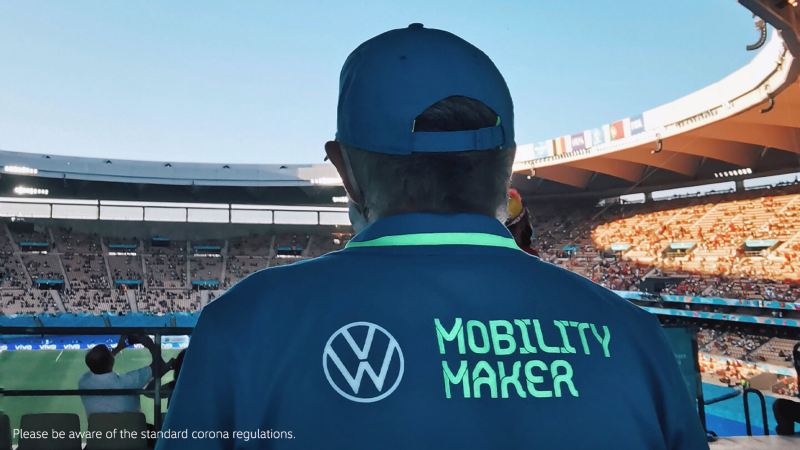 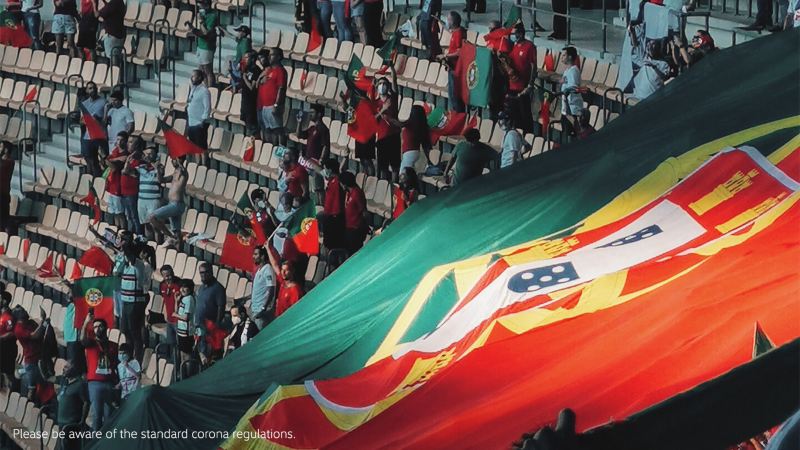 Our local Nicanor has a very good nose for unique and hidden football stories in Seville. On the third match day, he dug deep again and took us to a place where they truly love the beautiful game.
At the Marqués des Nervión Sports Club, he spoke to two very special members of the club: two female players, who live for the club, breathe football - and have ambitious goals both for their club and for themselves. 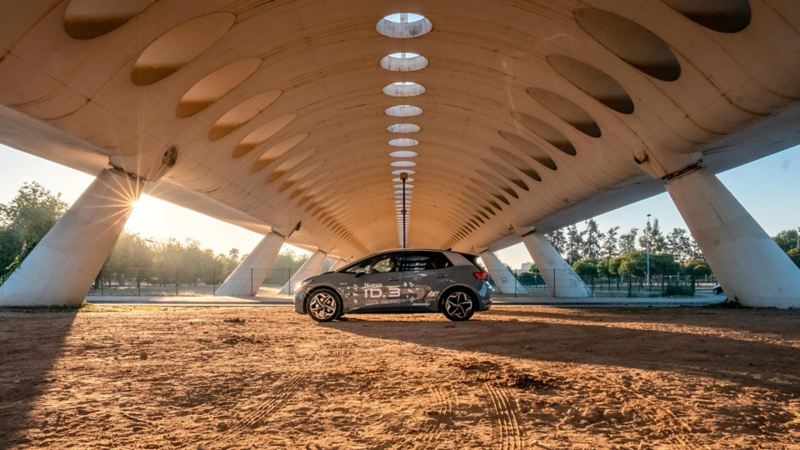 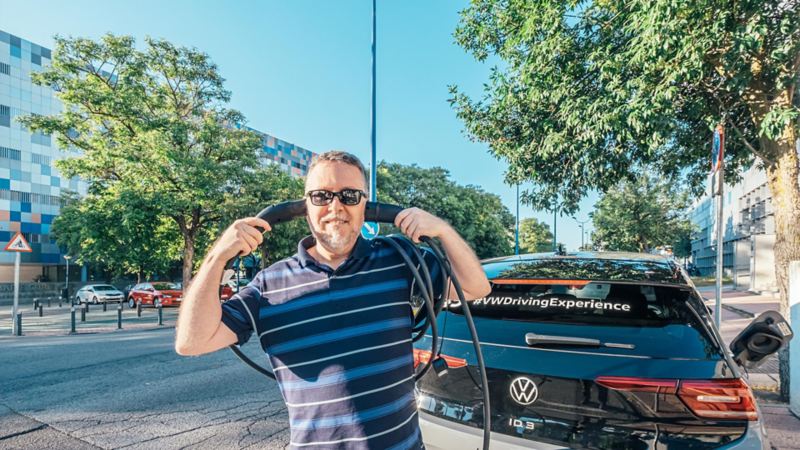 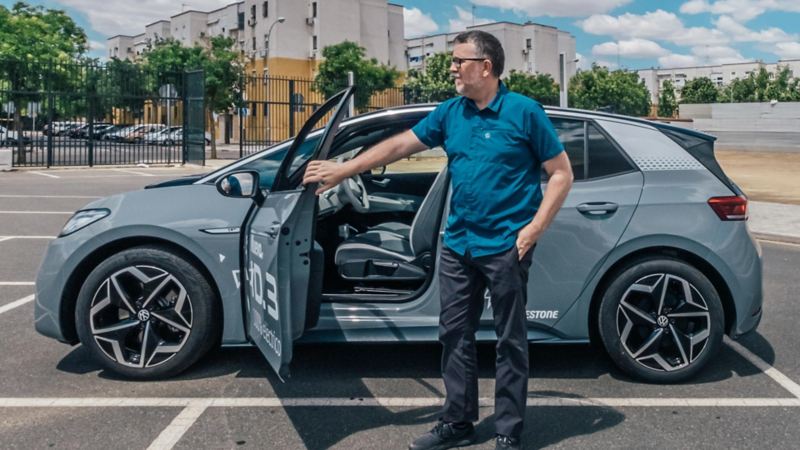 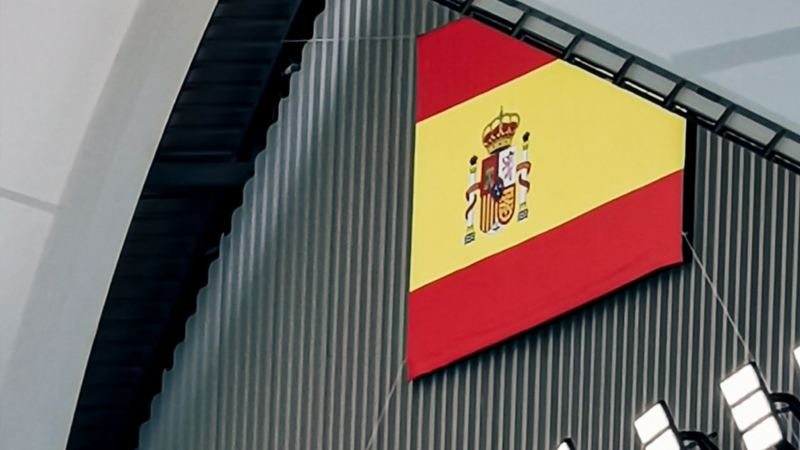 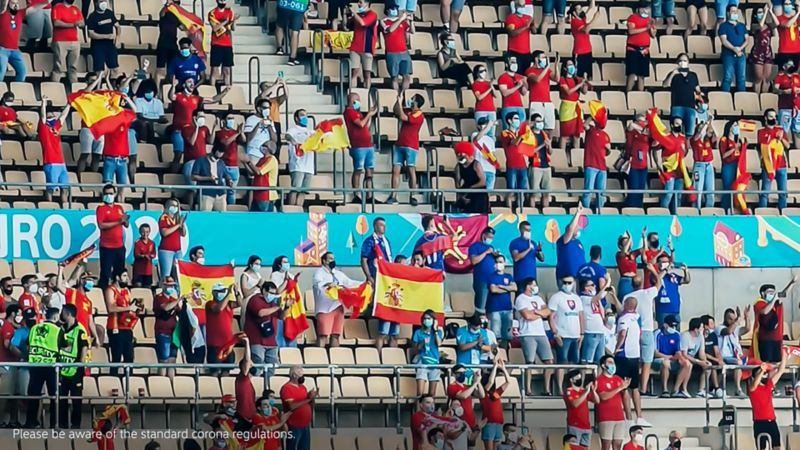 Here's where you feel the magic of football in every corner and every grass stalk.

Nicanor took us to a place where football is lived and loved. To a club with a special history and a location for absolute football lovers: the Club Deportivo Calavera.

Our local made the importance of the club for the city of Seville clear to us, got exclusive insights into the bulging trophy room thanks to the coach of Deportivo Calavera - and also received a short lesson on meaning of the club’s motto „First the person, then the footballer.“. A family club that has never forgotten its roots and that’s exactly why it is so loved in the city. 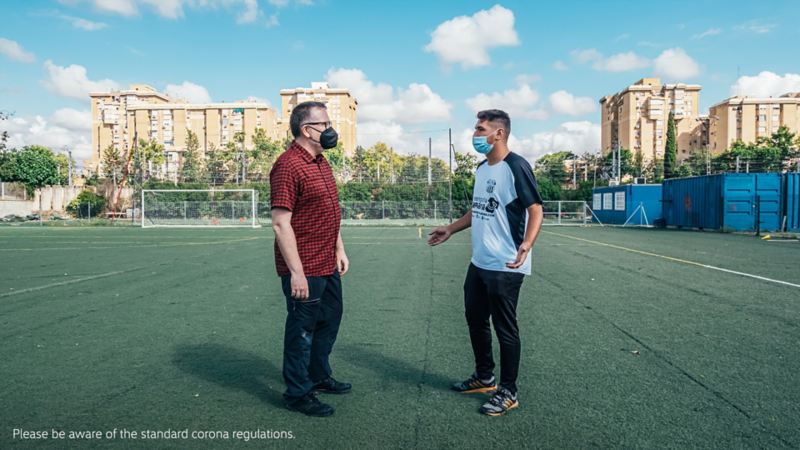 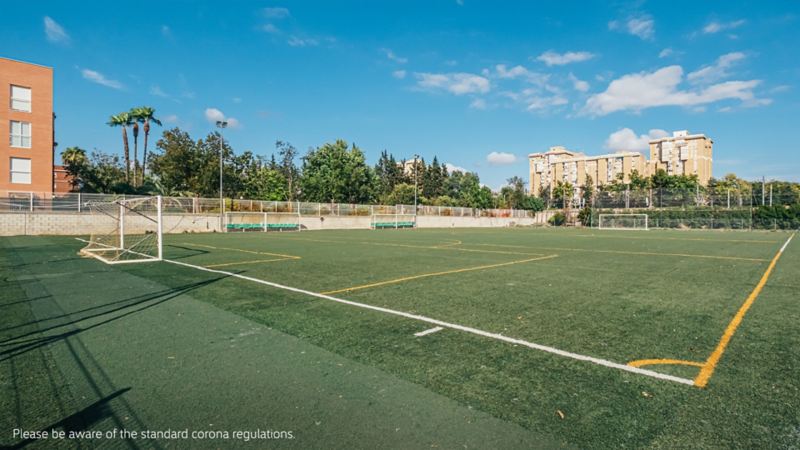 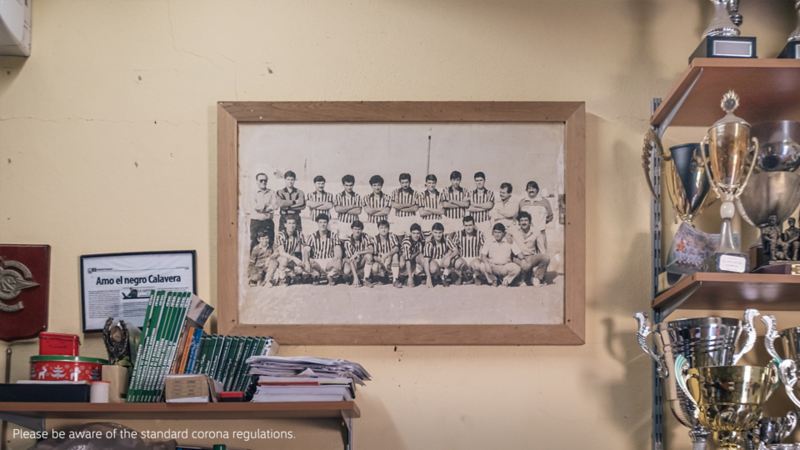 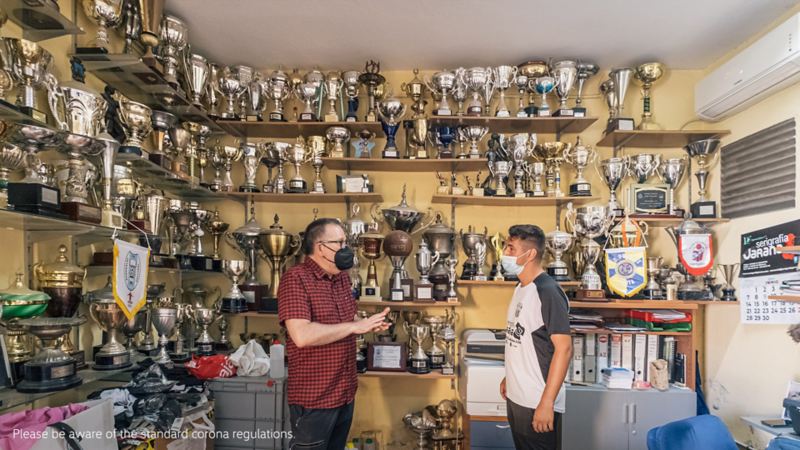 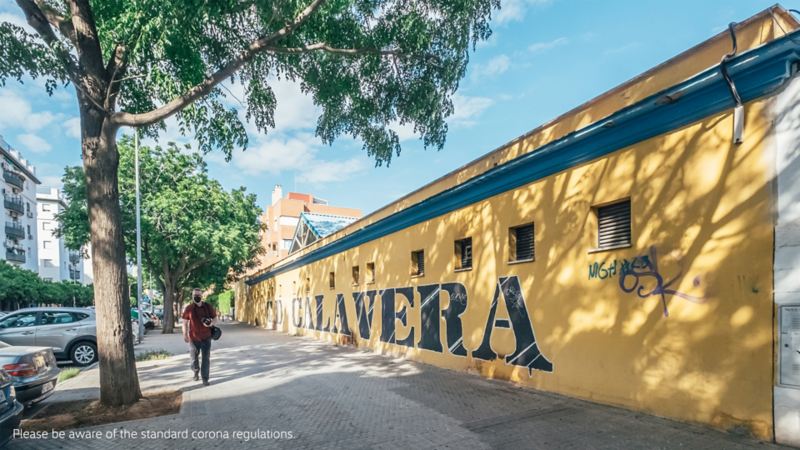 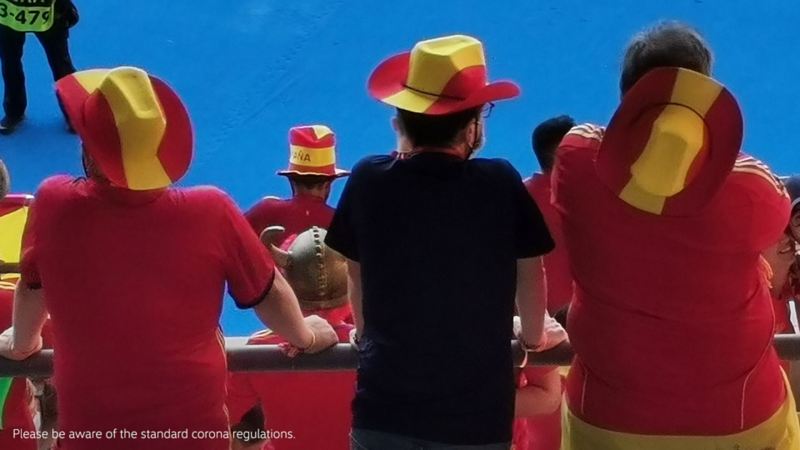 Did you know that Seville hosted the first official football match in Spain? Today, Nicanor told us the whole story behind it and where football in Seville has left its mark. Together with his camera he took us on a journey into the history of football in Spain. 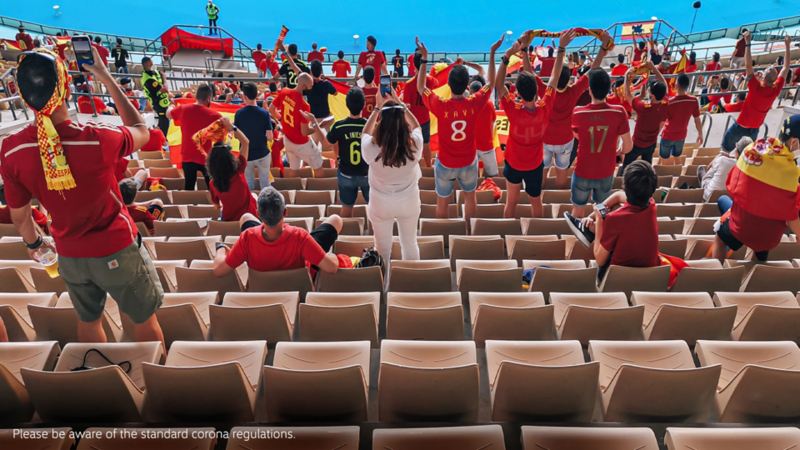 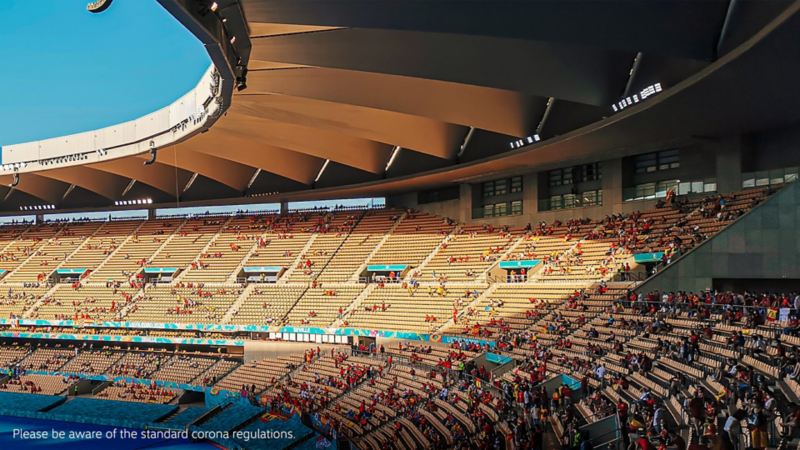 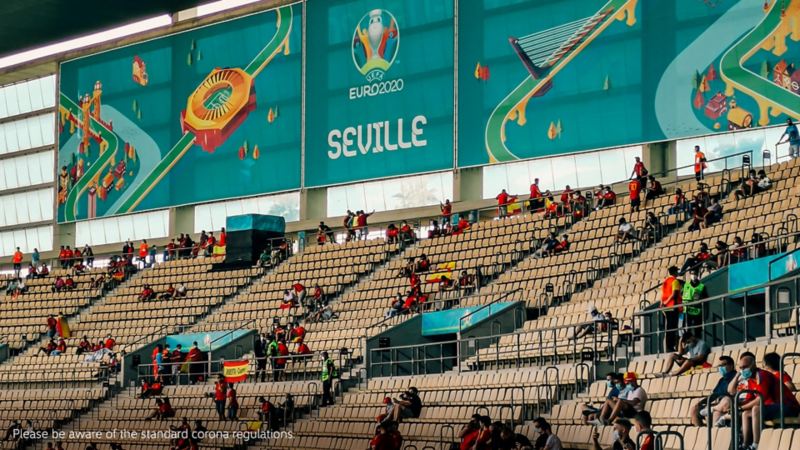 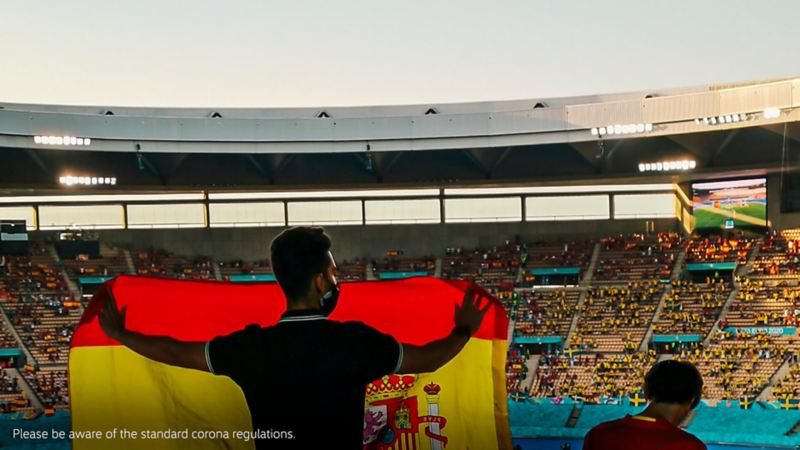 Seville and the UEFA EURO 2020TM

Bilbao was originally scheduled to host the European championship in Spain, but the Basque regional government could not guarantee spectators. Seville stepped into the breach and will host the Spaniards’ three group matches. A round of 16 match will be held in the Andalusian capital as well.

According to current plans, roughly 30 percent of the stadium’s capacity, i.e. 18,000 fans, will be able to attend the UEFA EURO 2020TM live.

One city, two colours, one great rivalry. Sevilla FC in red and Betis Sevilla in green don't like each other and haven’t for over 100 years. The dislike is mutual, deep-seated and always a bit of a class struggle as well. Sevilla FC was founded in 1890 and is based in the affluent Nervión business district. Betis Sevilla was founded in 1907 in the working-class district of Heliópolis, not least as an alternative to FC.

Legend has it that the founders of Betis gave the hated elitist rival a washbasin to catch all the tears that would be shed in the future due to the new rival's many successes. That's why fans and players of Sevilla FC are simply called "palanganas" (washbasins) in Betis circles.

But in Seville nothing compares to the head-to-head match-ups, the "derby Sevillano". The whole city is drenched in green and red, few Sevillanos miss the opportunity to show their allegiance. The teams take things to the limit, and sometimes beyond, to emerge victorious. Former German international Andreas Hinkel reported from his time at Sevilla FC that before an away game at Betis, his team's visiting locker room was treated with caustic soda and ammonia in an attempt to annoy the opponent with the stench.

And the rivalry goes beyond football as well. Since 1970 there has been another duel on the Guadalquivir River. Teams from both clubs compete against each other in rowing boats on a course of around six kilometres. It’s not the players, but club members, who vie for glory on the water. The spectacle is now celebrated like a folk festival and has become increasingly popular – up to 50,000 spectators take part each November.

After decades of Andalusian league duels, it was time for the big European stage in March 2014: Sevilla FC and Betis met for the first time in a UEFA Cup tie, in the last 16 of the Europa League. After outsiders Betis had won the first leg 2-0 at Sevilla FC to great surprise, the home leg at Estadio Benito Villamarín looked set for a huge derby party. But Sevilla FC struck back. After 90 minutes it was 2-0 to the away team once again. Extra time. Goalless. Penalty shoot-out. The ultimate showdown in the "derby Sevillano". Betis missed three penalties, with Nono off target on the final shot. Sevilla FC progressed to the next round and with the euphoric derby wind in their sails, there was no stopping them. In the end they won the title.