This is our local Emmanuel

The Gun FC: Creative, familiar and mad about football

“I sometimes think that we are too nice on the pitch. But what can you expect when the players are all music agents and graphic designers.”

Macca works full-time as a DJ but his second passion in life is football. Together with colleagues from London’s creative scene, he plays football for The Gun FC, a Sunday League team named after their local. Macca is originally from Liverpool but has been living in the capital for four years.

He joined the team to meet new people when London was new to him. Football gave Macca a sense of belonging.

“I believe that football works wonders, especially when it comes to mental health”, says the DJ. He’s not alone in thinking that. The Gun FC is a comforting environment that brings people together. Here, everyone can be whoever they want to be, and football is family.

Football coaching from a pro

“I have put everything I have into football – blood, sweat and tears. It’s given me a real purpose.”

Alfred Mugabo (25) lives and breathes football all day, every day. He was scouted by Arsenal FC when he was younger, but injuries prevented him from going on to have a great professional career.

But football is simply an essential part of his life. In 2017, Alfred founded the “Impact Football Academy” in London together with his friend Jonathan because they both wanted to share the experiences they had from professional football. They now coach more than 250 children at their football academy. Every day, they see how the children are developing, both on the pitch and in terms of their self-confidence.

Hackney, London. Not the most glamorous location. There’s a lot of work going on here. And lot of football too. And women’s football is booming.

The “Coats and Goalposts” project was founded in Hackney. Coach Shameek Farrell trains several women’s teams. To start with it doesn't matter how talented the players are – the most important thing is that they come together and enjoy playing football.

Shani Glover is a teacher and her aim is to make a contribution to society with football: “More girls should play football. It helps them make new friends and become more self-confident.”

What an unbelievably exciting final day in London! The entire city sang and partied all day long, mainly the English fans of course. And our locals Emmanuel, Elena and Ben were right at the heart of it. They soaked up the atmosphere in the streets of London for us to enjoy. All of London was one big football party. Inside Wembley Stadium, the fans gave us 120 minutes of sheer exhilaration. In the end, football didn’t come home and Italy won the UEFA EURO 2020TM title after a dramatic penalty shootout. 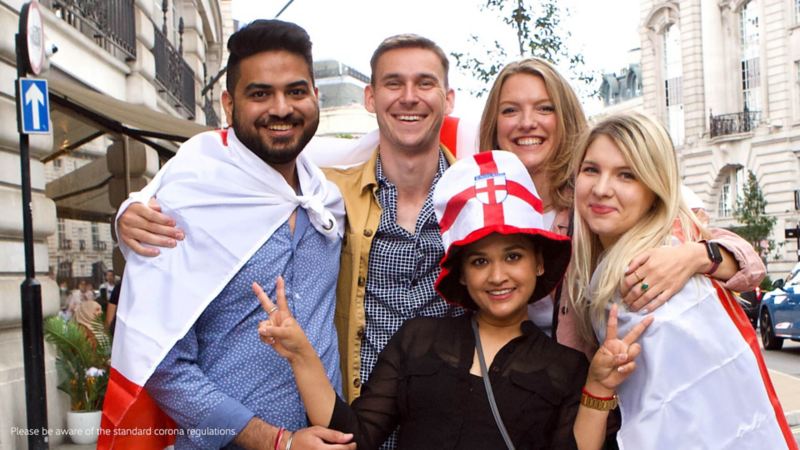 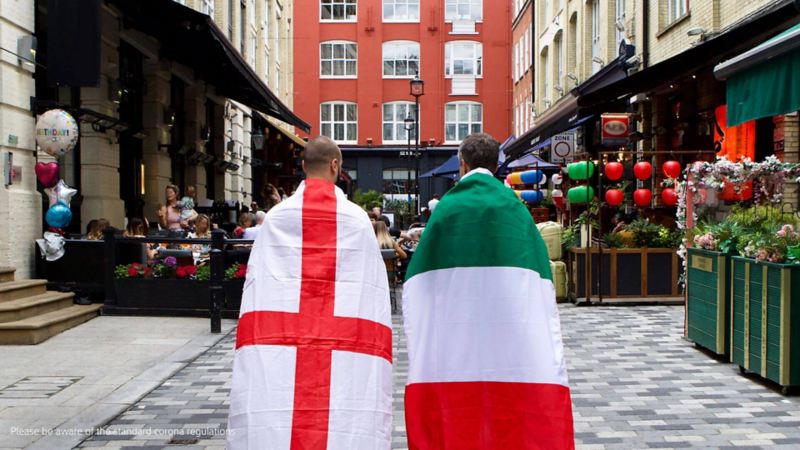 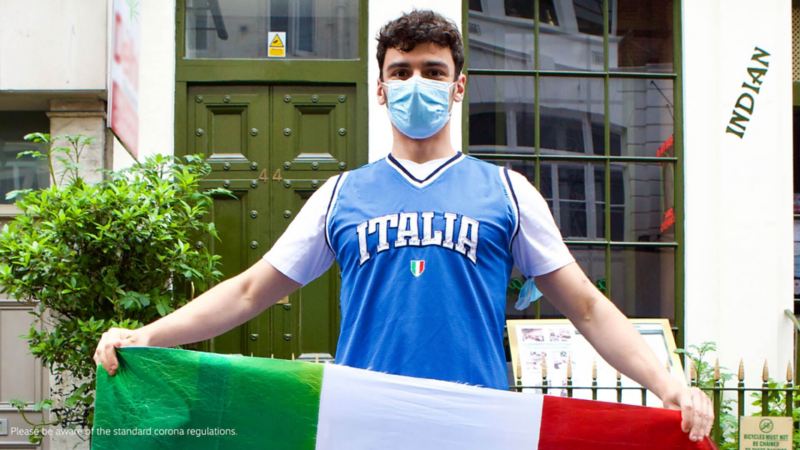 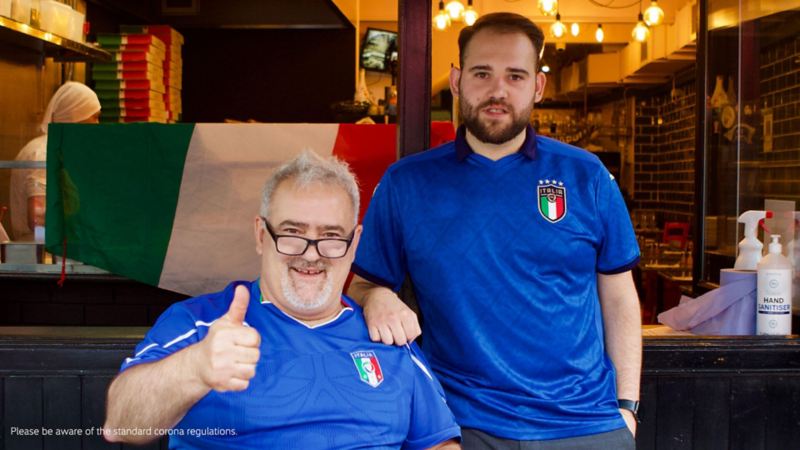 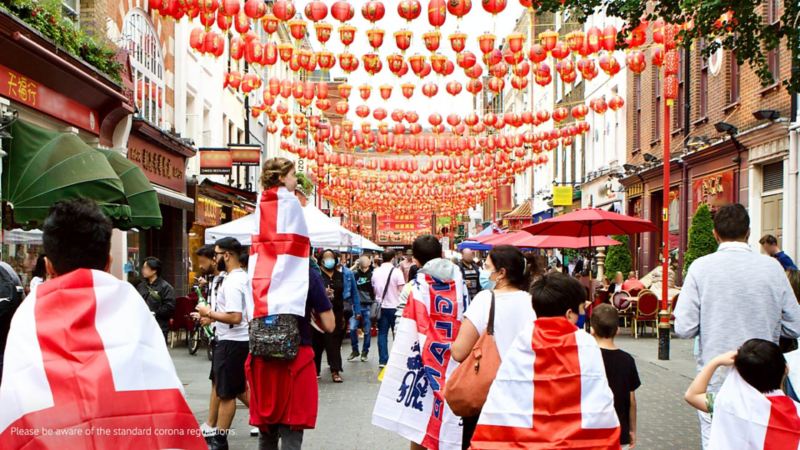 Triple vision in London!
In addition to our duo Emmanuel and Elena, a third local has been added for the second semi-final with Ben.

The trio roamed through London before the England-Denmark match, talked to fans from both sides and captured all aspects of their love of football. Whether fans with England capes, Danes painting each other’s faces or streets that looked like a sea of flags. This semi-final day had everything to offer in terms of atmosphere!

And the match itself completely lived up the mood in London. After a hard-fought 120 minutes, the “Three Lions“ went through to the final in their own stadium and now have the chance to clinch their first ever European Championship against Italy. 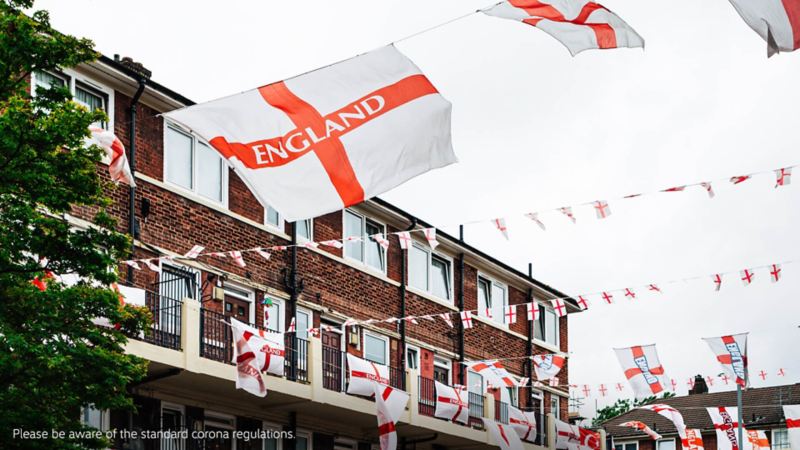 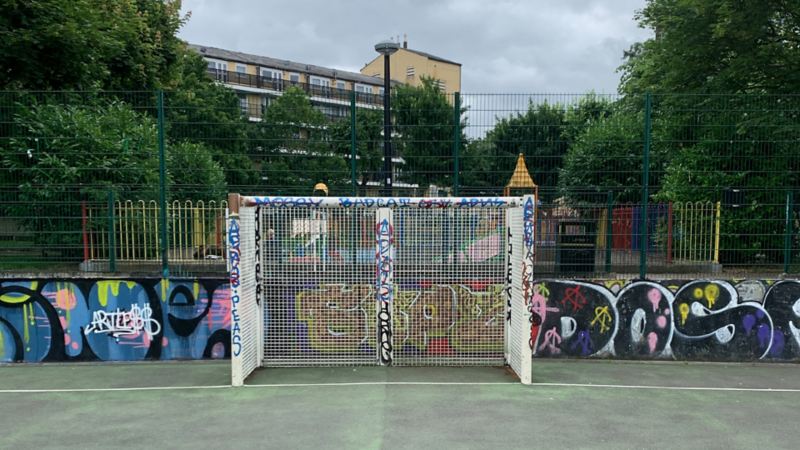 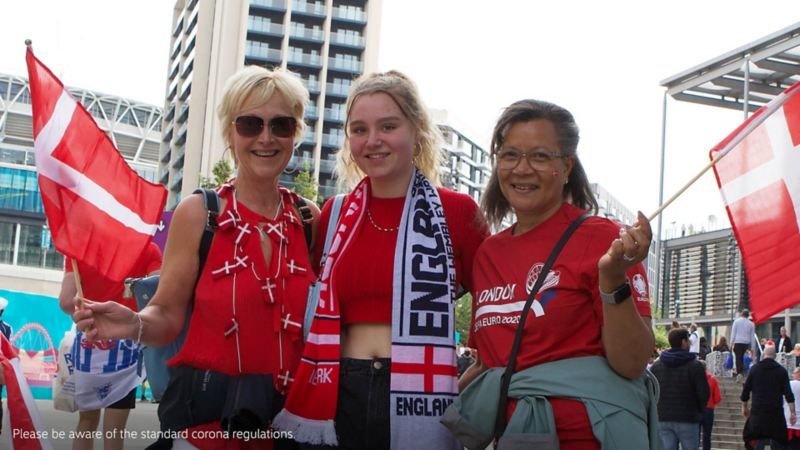 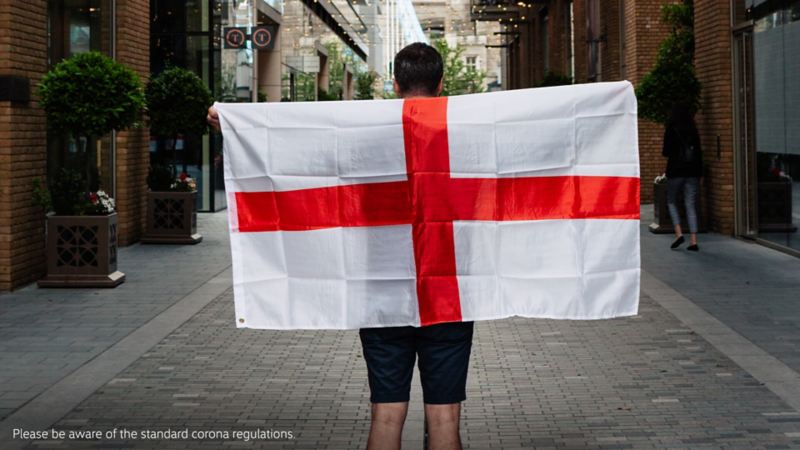 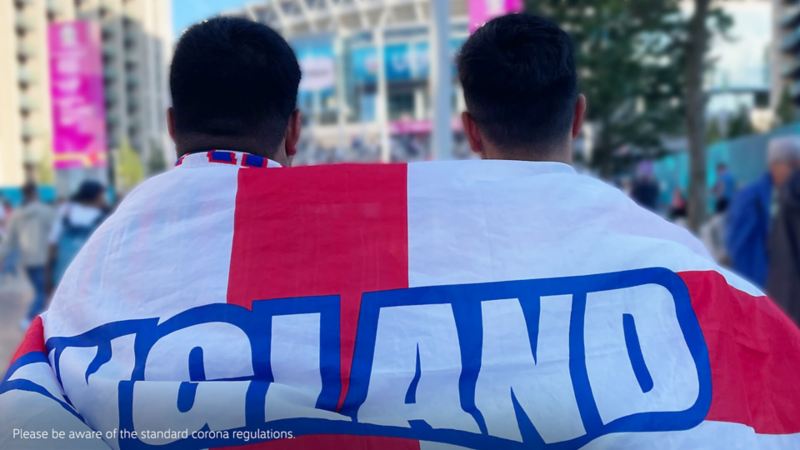 Great games deserve great coverage. For the final sprint of the UEFA EURO 2020™ Emmanuel gets support from local photographer Elena. Before the first semi-final Emmanuel met two fans in London who explained, what the intense rivalry between Arsenal and Tottenham is all about. After a quick battery charge for his ID.4 he drove to Wembley Stadium where Italy beat Spain in front of 60,000 ecstatic fans after a dramatic penalty shootout. 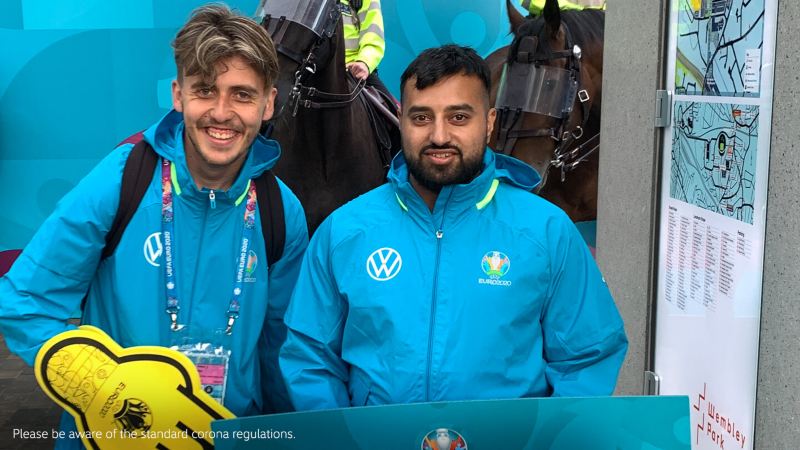 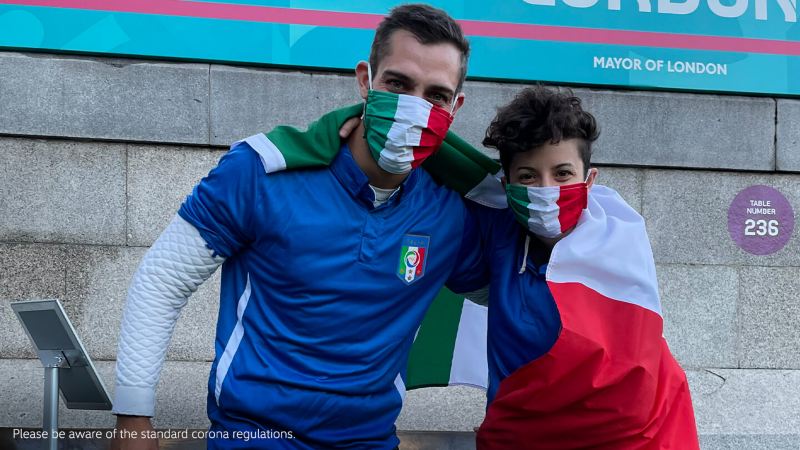 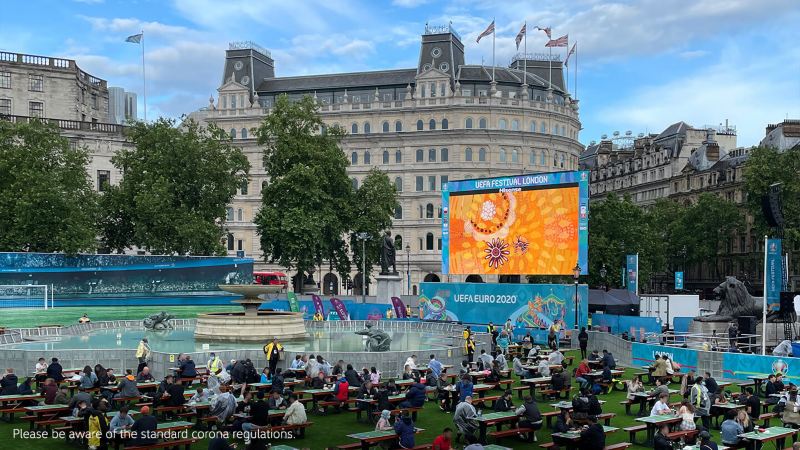 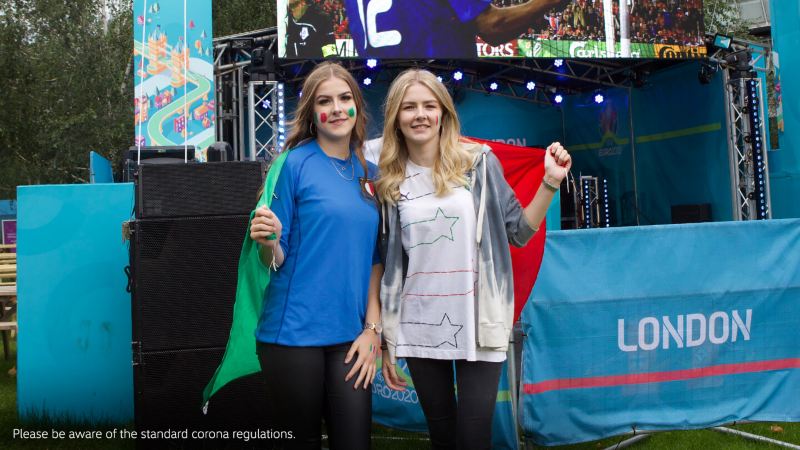